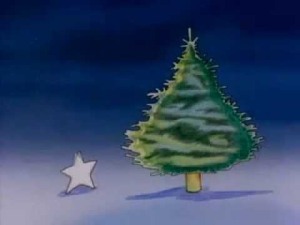 The little star that could!

Eat’n Park’s popular Christmas commercial has warmed our hearts since 1982.

And every year, Pittsburghers await the first viewing of the iconic ad.

Usually, the commercial first airs during the live telecast of the Macy’s Thanksgiving Day Parade on WPXI.

Thanks to the internet and social media, we don’t have to wait to watch the spot.

In a 2012 Post-Gazette story celebrating the 30th anniversary of the ad, an Eat’n Park leader said the company receives many emails from people telling them the spot marks the official start of their holiday season.

“When the Eat’n Park commercial comes on the TV and the Horne’s tree goes up, those are the two starting points of Christmas,” Graham Small told the PG.

Read more from Eat’n Park about the story of the popular commercial.

This site uses Akismet to reduce spam. Learn how your comment data is processed.

Lights, displays, shopping, parades, food, Santa and so much more — plan your holiday season with this holiday happenings calendar.

Hanukkah: Celebrate the Festival of Lights!

Advertisements
Do Not Sell or Share My Personal Information